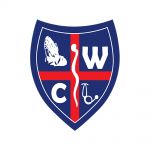 Wesley Clinic was first established in the year 1998 as a small health facility at Asankragua in the Western Region of Ghana to offer health care services to a small community at that time.

In 2010, a new facility was opened at Kasoa Opeikuma in the Central Region which initially operated as a maternity home at the beginning but was later upgraded to a clinic which paved the way for the facility to offer health care services such as general consultation, obstetrics and gynaecology, admissions, pediatrics, antenatal, postnatal and child welfare, ultrasound scan, surgery, laboratory, pharmacy and an ambulance service which was not only dedicated to the facility but serves other health facilities in the community as well.

As part of Wesley Clinic’s vision of being among the best health care providers in the country, it opened a new ultra-modern annex facility in January 2019 at Tippa Kaosa, about 3 kilometers from its main facility at Opeikuma with a large waiting area, pharmacy, laboratory, more admission wards, a well-equipped labour ward and theatre to extend its services to the people living in Budumburam (Liberia Camp) and its environs.

We aim to be among the best health care providers in the country.

Our mission is to provide quality and affordable health care service to the people living in Kasoa and its environs, paying particular attention to children under five years and pregnant women to reduce childhood and maternal mortality rate respectively.